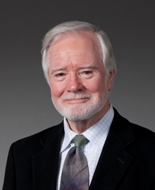 Mr. Thorpe worked for RCA’s Broadcast Division from 1966 to 1982, where he developed a range of color television cameras and telecine products.

From 1961 to 1966, Mr. Thorpe worked in the Designs Dept. of the BBC in London, England, where he participated in the development of a range of color television studio products.

Mr. Thorpe is an IEE Graduate (1961) of the College of Technology in Dublin, Ireland and received his Chartered Engineer (C. Eng.) and MIEE distinction in 1961 from the Institute of Electrical Engineers in London, England.

HDR has descended upon the industry in a somewhat piecemeal manner. Technical developments of brighter displays having extended contrast ranges garnered broad attention a couple of years ago in terms of their significant psychophysical impact on viewers.

Meanwhile digital cinema cameras were appearing with progressively extended exposure latitudes. Key pieces of the HDR puzzle were evident all over NAB 2015.

Meanwhile the pipeline between the cameras originating wide dynamic ranges and the professional reference displays required to support effective on-set creation of HDR and subsequent color grading has engaged various standardization bodies. Considerable investigation is still required to establish realistic brightness levels for HDR that are relevant to the technical possibilities for contemporary professional displays.

The far larger complexity of the pipeline to deliver meaningful HDR to emerging HD and UHD home displays poses a major industry challenge.

Subjective testing of consumer reactions to levels of HDR is critical to final establishment of a realistic long term roadmap for HDR creation, delivery, and home viewing.