The Challenges of 4K Distribution 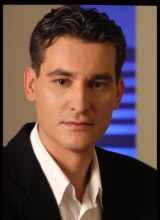 As Senior Vice President of Marketing and Business Development at Valens, Micha Risling brings 18 years of expertise in marketing and R&D executive roles in established NASDAQ and startup companies, plus vast experience in the global mobile and telecommunications industry.

Previously, Micha was director of marketing and strategy at Saifun Semiconductor, Israel (acquired by Spansion), a leading provider of intellectual property (IP) solutions for the non-volatile memory (NVM) market. He led a group of internal and external teams to define and execute the company’s long-term strategy for business and marketing. Prior to that, he was director of the mobile division product strategy at M-Systems, Israel (acquired by SanDisk), a world leader in flash memory addressing the mobile, portable and embedded markets. Micha also previously served as director of technical customer integration at M-Systems, managing a group of technical experts (System/HW/SW) responsible for the integration of M-Systems’ products at leading mobile handset manufacturers, such as Nokia, HTC, Motorola, Samsung and Sony. Prior to that, he was a senior VLSI engineer at semiconductor companies OptiX Networks, Conexant and LSI Logic.

Beyond a buzzword, 4K is becoming a reality.  It is just a matter of time for 4K monitors and display to become the norm in most installations. The challenges for installer, integrators and end users is how to guarantee their networks are able to distribute 4K.

HDBaseT has become the ‘de facto’ standard for the transmission of ultra-high definition content, including 4K.  HDBaseT was develop to deliver time- and latency-sensitive applications, such as 4K video, audio and USB. In addition HDBaseT can also deliver controls, Ethernet and up to 100W of power.  The bandwidth designated to the extra features do not affect the delivery of video, because HDBaseT is a full duplex asymmetric system.

One of the most important issues around 4K connectivity is signal integrity, as 4K video has significantly higher requirements than high definition. In a setup where the infrastructure does not support the increased bandwidth for 4K, image jitter will significantly degrade the system, to the point that the system will just not work as the signal loss is just too significant. Jitter is caused by the corruption of the signal or because of electromagnetic interferences (noise), and will only get worse as the distance the signal travels increases. HDBaseT addresses this issue with the necessary bandwidth without sacrificing signal integrity over the 100m/328ft supported.

HDBaseT does not compromise – once a signal is transmitted from HDMI to HDBaseT and back to HDMI, HDBaseT will distribute the signal as is, without degradation or compression, including allowing for HDCP 2.2.