Dimenco’s Simulated Reality is the integration of 8K stereoscopic display with a bonded microlens, eye-tracking for optimal immersion, mid-air hand interaction for UI, beamforming audio for virtual object oriented sound, directional microphones and embedded signal processing. All without wearables. These unique sensory technologies, when fused together, create a powerful user experience free of the isolating cumbersome effects of HMDs, ear phones and hand-held devices; and represent the future of human-computer interaction. 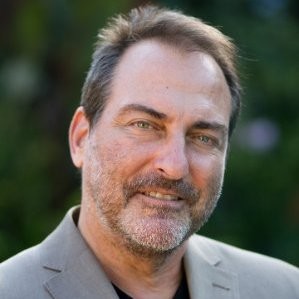 A native New Yorker, Greg moved to Los Angeles in 2000; with a visual effects production background, he started working in media technology.

At Reality Check Systems he established a US beta site and development partnership with Philips for their 3D Solutions incubator.  In 2008 under contract at West Wing Studios he setup an end-to-end 2D to 3D feature film conversion process to capitalize on the growing interest in theatrical 3D content. Stereoscope Studios, located in Burbank, was founded in 2009 where Greg became a partner, managing and producing stereoscopic projects including IMAX’s Tornado Alley and NASA’s Our Living Planet. After opening the Los Angeles office of EPICA World, a subsidiary of Aries Group located in Dubai/India, he served as VP and Managing Director USA. Greg was subsequently contracted by Reliance, India/USA, for Special Projects working on restoration tests for The Last Experience, a Jimi Hendrix biopic.  After being contracted early 2017 to manage all west coast accounts for Auro Technologies, with headquarters in Belgium; he most recently is under contract as US Strategic Alliance Manager for Dimenco, located in the Netherlands.