Join Jules Urbach as he details how the future of media lies in holographics, lightfield technologies and real-time rendering, and how OTOY is working to help drive that future through OctaneRender. With the goal of delivering commercial holographic displays in the 2020s and creating a media ecosystem to support these new technologies, Jules will discuss how leveraging AI and RTX Ray tracing hardware is helping to create the multimedia ecosystem of tomorrow. In addition, Jules will detail some of the trials and tribulations of developing OTOY’s RNDR blockchain network, a GPU ray tracing, compute and streaming platform that will help facilitate the media workflows of tomorrow. 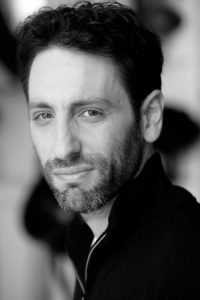 Jules sets the strategic vision for OTOY, and is the chief architect of the company’s technology roadmap. He is widely hailed as a pioneer in computer graphics, streaming and 3D rendering with over 25 years of industry experience. Jules built his first game at age 18, and went on to make the web’s first 3D video game platform and licensed the software to Macromedia, Disney, Warner Bros., Nickelodeon, Microsoft, Hasbro, and AT&T. His life’s work has been to revolutionize 3D content capture, creation and delivery.”