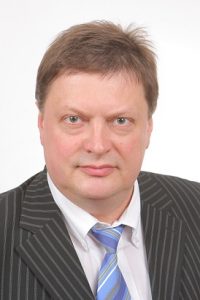 Experienced hi-tech entrepreneur currently based in Riga, LATVIA (EU) with educational background in electronics and later added studies in MBA. His achievements are development of start-up company HansaMatrix with listing of it on Nasdaq Baltic main list in 2016. He is author and co-author of several scientific articles and patents. He is currently developing LightSpace Technologies into a global focus business and leader in 3d display technology