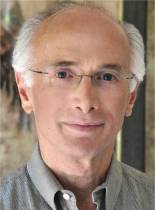 Michael Karagosian is president of MKPE Consulting, specializing in business development and intellectual property for cinema technologies. He led the negotiation of virtual print fee subsidies for up to $300M of digital cinema equipment in South America, Philippines and Ireland.  He served on the Board of Directors for In-Three, advised the UK Film Council in the launch of the Digital Screen Network, and is listed as inventor on two patent applications.  For 11 years, he served as chief technology consultant to the National Association of Theatre Owners.  Earlier in his career, Michael co-founded the CinemAcoustics division of Peavey Electronics, served as Chief Engineer for BGW Systems, and led the development of cinema and studio products at Dolby Laboratories.  He has chaired numerous committees in SMPTE’s digital cinema effort.  He is currently secretary of the SMPTE 21DC Technology Committee for Digital Cinema, and co-chairs the Laser Illumination Study Group for the American Society of Cinematographers.