Issues in Development of Holographic Television and OTT Networks

What are the technology and production issues that relate to building early television networks for holographic broadcasting?      How does one manage the transition from Peppers Ghost to Photon manipulation and light field type holograms when creating television production studios, and hologram displays? What are the experiences in building video recording studios for holographic filming, and how does one manage the library and motion picture catalog of holograms, as well as “utility” holograms for hotels, casinos, nightclubs and restaurants.  With business spending for holograms is exploding, what are the scalable systems for management of holographic streaming to hotels, casinos, nightclubs, and museums?  What are the planning issues for moving holograms to OTT and consumer televisions? 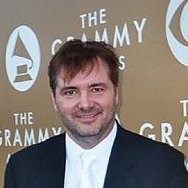 Chimes Broadcasting is the first television and OTT network dedicated to holographic broadcasting.   Mohen’s hologram work includes serving customers in casinos, hotels, museums, and nightclubs, and pioneering research in streaming holograms through OTT type networks. Mohen is also a principal of the forthcoming Times Square New York Holographic Music Museum.  In 2014 he led the buyout of the fashion magazine Nylon, merged it with the FashionIndie, and served as interim CEO, transitioning the business to digital publishing model. He also founded SpiralFrog, an early free-to-consumer music streaming service for which he obtained the first ever licenses from major record labels to distribute music to consumers for free in return for a share of advertising revenues. He landed major contracts with UMG, EMI, Warner Chappell, Sony/ATV, Orchard, and many others. His previous ventures include: ParishPay, which automated the donation of money to the U.S. Catholic Church, later acquired by Yaplink; Election.com, which ran the world’s first legally binding elections on the Internet, the public-sector business of which was later acquired by Accenture; and Proginet, a supplier of heterogeneous systems management software, which he took public, and which was later acquired by Tipco. His first software product, XCOM, a systems management solution with cumulative sales in excess of $500 million, was purchased by Computer Associates. Microsoft, Novell, VeriSign and Accenture are among the strategic investors in Mr. Mohen’s prior ventures. He has been a member of the National Association of Corporate Directors, and Legatus, the Catholic CEOs organization.