Beyond Virtual Reality: Light Field, Holographic Display and the Roadmap to the Holodeck

This presentation will detail the very latest developments in light field and holographic display technologies including insights into the creative and technical implications for content creation, as well analyze the data requirements and solutions for streaming holographic media, and provide a glimpse into Light Field Lab’s holographic technologies. 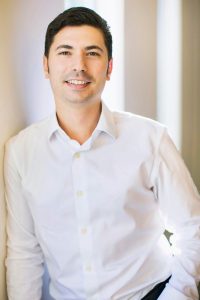 Jon Karafin has dedicated his career to innovation in live action cinema, VFX post-production, and light field technology – transforming bleeding-edge concepts into market ready solutions. As CEO of Silicon Valley-based startup Light Field Lab, he applies this expertise to the development of a next-generation light field display and holographic ecosystem.

In his former role as Head of Light Field Video at award-winning tech company Lytro, Karafin ushered in a new era for cinematic capture and post-production via the Lytro Cinema camera, which was unveiled at the 2016 NAB Show to a record-setting audience. Karafin’s expert leadership of the diverse aspects of this project – product management, technology (engineering and software), intellectual property, and business development – helped to make it a success.

Karafin has an extensive background in digital imaging technology development, having previously served as VP of Production Technology at RealD and as Director of Production, Technology, and Operations at Digital Domain Media Group. There he was responsible for successfully delivering technology and content for several of the all-time highest grossing feature films, including Peter Jackson’s The Hobbit, Michael Bay’s Transformers 3, and Tim Burton’s Alice in Wonderland.