Why Pay the Money? How End Users are Making Investment Decisions 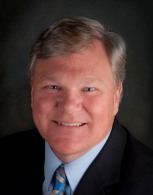 Lyle Bunn is one of the authors as enterprise media history is being written. He is an independent analyst, advisor and educator in the digital media industry, who in the past 13 years of focus on place-based media in his 39-year career in information technologies and telecommunications, has assisted over 300 firms in the planning and optimization of their digital place-based media initiatives and has helped to train over 10,000 professionals. Lyle has received six industry recognitions including an Honorary Doctorate for his contributions to industry education and being named as one of the eleven Most Influential People in the industry by DigitalSignageToday.com and one of the industry Innovators and Influencers by Sign & Digital Graphics Magazine. He has published over 280 articles and whitepapers on related subjects and has served as editor of dynamic Media supplements in USA Today, The Wall Street Journal and The National Post. He serves on the advisory boards of the industry’s primary events and on the judging panel of several digital signage awards programs.

Digital signage has found its place in the “paid-owned-earned” media model that drives communications investments. As the landscape of “owned” place-based media evolves rapidly in major markets such as retail, food services, hospitality, consumer services as well a staff and student communications, end users are also looking to improved sourcing approaches. In this “why are they paying the money” session, elements that justify and validate investment will also be addressed.

It is no longer about the technology, but how digital signage delivers increasing return on investment as use is increased to meet business goals.