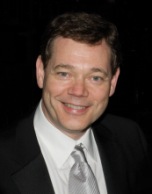 Mr. Kane specializes in the sciences of electronic imaging, helping to make it feasible to accurately reproduce video signals on display devices. These efforts have been the focus of his company, Joe Kane Productions, since its founding in 1982.  Mr. Kane has a long history of participating in standardization of the canvas on which electronic art is created and assisting an audience in being able to see story telling art as it is intended to be seen. He is currently working on the Ultimate UHD system, hopefully designed to be the next step in TV for consumers.

In the program production community there is essentially universal agreement that Ultra-high definition (UHD) needs to be much more than is called out in the International Telecommunication Union (ITU) document ITU-R BT.2020.  It is just the beginning of what UHD TV should be to consumer.  Many feel UHD should encompass and replace our current high definition television system all while bringing us much more capability in producing higher quality images.  The common phrase used to describe the future of UHD is ‘better pixels’.

It sounds simple enough but in reality everything we now know about video could change.  Better pixels could include higher dynamic range, which would be easier to implement if we changed the gamma of the display and provide the video at a greater bit depth, better color capability, also requiring a greater bit depth, and multiple options in image resolution and frame rates to include 1080p and 720p from our current HD system.  We might even consider a change in the color of gray.

The UHD system might have lots of options, a set of which would be chosen as the best way to convey particular program content.  Different display capabilities might be chosen through metadata in the program.  We might even go as far as the source being able to calibrate your TV set to match the intentions of the program producer.

We’ll look at the merits of several of the proposals for better pixels.