The Reviewer’s Perspective of 8K 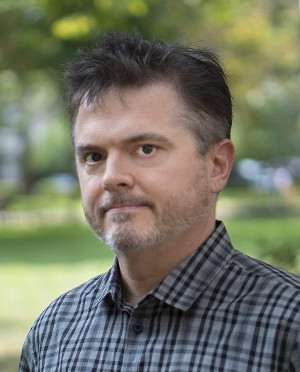 As a reviewer who witnessed the transition from HD to 4K, the advent of 8K offers parallels and contrasts worth examining. Many of the arguments make for and against 4K have reemerged in the debate over the benefits of 8K. The key difference is that when 4K came out it was perceived as “just” a bump in resolution. However, with the addition of HDR including wide color gamut, 4K evolved into a next-level viewing experience. 8K is the exact same story, there’s much focus on the boost in pixel count, but the real story is how 8K brings with it next-generation image processing capabilities like AI upscaling and incorporates video technologies like high frame rate and variable refresh rate.

While some may argue that 8K does not provide the same dramatic boost in apparent resolution as the original leap from SD to HD video, or from HD to 4K, the reality is that 8K may well turn out to be the most significant. That’s because it eradicates visible pixels and reduces artifacts like moiré and aliasing that are the bane of both digital photographers and video game designers.

The key thing to remember is consumers like a short acronym and 8K fits the bill. The message: 8K is the foundation for the next generation of TV technology. The main risk is that consumers will feel they are paying a premium for a feature they are unable to appreciate. The solution is to educate consumers about how having so many pixels can change the way you look at a TV, whether it’s appreciating art close-up or watching a 98” screen from “only” six feet away. The justification is simple: Artist’s intent. Namely, Hollywood directors want you to see their latest movie on a big screen while sitting close enough that the scene fills your view. It’s 8K that makes this new paradigm in home entertainment possible.

Mark Henninger has been on the hunt for the highest quality in home theater for nearly 30 years. He was in his teens when he set up his first Hi-Fi audio system and began tinkering with gear to get the best performance out of it. In the early 1990s, he upgraded it with Surround Sound, and by the late ‘90s had added a CRT that supported HD video.

After launching a digital imaging and photo/video firm in 1997, Mark found himself in a relentless pursuit of ever-higher resolution and better color fidelity—from capture to display. His work in that vein took the form of both print and screen, including giant photo-paintings for resorts and golf clubs and high-res video slideshows for real estate and housing developers. Along the way he learned about 3D, HDR and ultra-high resolution (gigapixel) image capture.

Mark continued to explore sound systems as a hobby, sometimes building his own. In the 2010s, he took that obsession to a professional level when he joined AVS Forum as an editorial writer. As he rose through the ranks to become senior writer, became a THX certified calibrator and gained hands-on experience with innumerable editions of high-quality home theater equipment.

Now as editor of AVS forum, Mark still gets a thrill when he sees the latest in high-resolution display. He’s excited to help explore its latest frontier: 8K.