The Importance of Being First 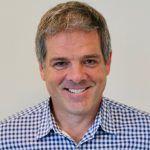 Abstract: The commercial launch of the first Samsung Onyx Cinema LED screen may prove to have been a watershed moment for the cinema business. What lessons have been learned during its first year in the market and what is on the horizon for LED Cinema Walls in general? This presentation will bring viewers up-to-date on the latest developments in this nascent industry with a focus on Samsung’s disruptive Onyx Cinema LED Screen and the coming changes to the exhibition business and beyond.