Abstract: Maintaining a consistent creative look across today’s many different cinema and home displays can be a big challenge. Especially with the wide disparity in possible display brightness and contrast as well as the viewing environments or surrounds. It is not practical to have an individual creative session for every possible combination. Even if this were to be done, maintaining creative consistency would be very difficult at best.

By utilizing the knowledge of how the human visual system works, the perceptual model, processing source content to fit a given displays brightness and surround can be automatically applied while maintaining the original creative intent with little to no trimming. Bill Feightner will explain how the Colorfront Engine’s Perceptual Processor addresses various real-world use cases.

Bio:  Feightner began his career as technical director of Compact Video, before moving
on to similar roles at Laser Edit and Composite Image Systems (CIS). He was
co-founder and, most recently, CTO and executive vice-president of technology at
EFILM Digital Laboratories (part of Deluxe Entertainment Services Group Inc.).
At Laser Edit, Feightner created a live, realtime, multilayer VFX compositing
system, and continued this pioneering approach at CIS, where he helped to
develop the 2K pin-registered telecine system that revolutionized the process of
interactive image compositing for feature films.

At EFILM his innovations included: new software for digital laboratory
calibration; image processing and image management software; end-to-end,
multi-site, collaborative workflow procedures and software; the world’s first
fully-digitally timed DI pipeline on We Were Soldiers (2002); and the world’s
first 4K DI finish on Spiderman 2 (2004). He was also responsible for the
workflow on Extremely Loud & Incredibly Close (2011), the first US feature to
shoot and post using the ARRIRAW format. During his time at EFILM, Feightner
worked closely with Colorfront, harnessing the company’s technology on many
projects.

Feightner has earned multiple awards. In 2007, he received a technical
achievement award from the Academy of Motion Picture Arts and Sciences (AMPAS)
for the creation of a Digital Color Separation process for the archival of
motion pictures. He also received an Emmy Award for special effects work on the
TV series Moonlighting, plus a Monitor Award for the opening segment of The
Magical World Of Disney. In 2013, SMPTE awarded Feightner the 2013
Technicolor/Herbert T. Kalmus Medal, which recognizes outstanding contributions
to the highest standards of quality and innovation in motion picture
post-production and distribution services. 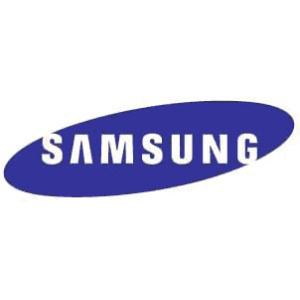