Lasers for Display – From Research to Reality 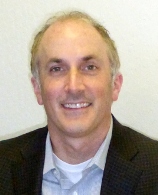 Gregory T. (Greg) Niven is the Vice President of Sales & Marketing for Necsel since its formation in early 2009. He has spent the last 18 years involved with laser technology for the imaging and display markets, including focusing the last eight years on the projection and consumer electronics marketplaces. Mr. Niven is a founder of Necsel, which became a fully-owned group company of Ushio in December 2010. He spent five years with Arasor/Novalux, where he was the EVP of Marketing and pioneered many of the first laser display products and demonstrations. Before Novalux, he spent six years at Coherent, Inc., where he directed their business development efforts in laser display and graphic arts. He started his career as an engineer working on laser-based products for digital imaging of printing plates, circuit boards, and photographic film. Mr. Niven has a lifelong love of laser technology and is passionate to see high power visible lasers enter mass consumer products.

2014 has been a huge year for the laser display business. After years of research and development, the laser products are finally a reality. Hundreds of thousands of lumens are now shipping, safety issues are getting resolved, new markets are being created, and the next steps are in place.