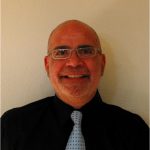 Abstract:  Various RGB color systems have served the marketplace well for more than 50 years. However, RGB is really the minimum number of primaries for a high quality color display, not the optimal choice. While the number of spatial pixels has increased many-fold the number of the spectral components has been locked at three. Some of the ever increasing spatial pixels could be re-purposed to increased spectral components. The red and blue components of a traditional system are a compromise between gamut and efficiency. Even the highest gamut systems are well short of the extent of our visual system and become increasingly inefficient. In addition, the RGB triangle usually clips the cyan and yellow portions of our visual capability. These shortcomings could be eliminated by adding for example deep red, violet, cyan, and yellow primaries to each pixel. Such a display could create a differentiated cinema or large screen experience akin to the introduction of HD and surround sound. There is also an additional game changer. If displays had more spectrum available, they could also be used as high quality illumination sources by tiling walls and ceilings with displays to create an immersive experience and illuminate the space. At the conclusion of the presentation, a short demo of light sources with ultra wide gamut will be shown.

Bio: Steve joined Hewlett Packard, Optoelectronics Division in 1981. While at HP he held a variety of engineering and management positions in California, Japan, and Malaysia. In 2000 he joined Lumileds as a founding member. In 2007 he founded Telelumen, where he is currently the President. He was also the CTO at Lunera Lighting and the CTO of NEXT Lighting. He speaks frequently on a variety of topics related to solid state lighting, particularly daylight replication, and holds 24 issued patents.