Is a Direct-View Cinema Display Coming to Theater Near You? 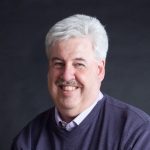 Abstract:   After more then 100 years of using projectors for the cinema experience, it’s now possible to use direct-view displays, such as an LED panel, in the theater.  These emissive displays provide the potential for breathtaking high dynamic range images.  But in order to take advantage of these benefits, we need an industry consensus on the specifications and image parameters for HDR Cinema.  This presentation will provide an overview of the latest developments in Hollywood toward defining a new HDR theatrical release standard, as well as quality expectations for new emissive displays.

Ludé has previously been involved in pioneering broadcast facilities, laser-illuminated projectors and datacasting endeavors.  He has served as Chief Innovation Officer at RealD, and before that was Senior Vice President of Sony’s Silicon Valley R&D labs.  Ludé is past-president of SMPTE – the Society of Motion Picture and Television Engineers — and a SMPTE fellow.  Pete was founding Chairman of the Laser Illuminated Projector Association, currently serves as co-chair of the ASC Plenoptic Imaging committee and is a frequent speaker on the future of cinema, volumetric imaging systems and advanced display technology.