The IDVS sensors include two low light level Visible/Near-InfraRed (VisNIR) sensors for binocular night vision, as well as a single Long-Wave InfraRed (LWIR) sensor for thermal imagery. On-board processing fuses the sensor video with incoming data from various sources (such as a command center, other warfighters or UAS) for low (less than 5ms)latency augmented vision, day or night. 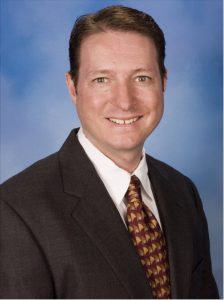 Dr. Hendrick has been with Rockwell Collins Optronics in Carlsbad, CA (formerly Kaiser Electro-Optics) since 2002 and has developed a variety of display systems, including head/helmet-mounted, head-down and head-up for Training/Simulation and Soldier applications. Prior to Rockwell Collins, he was with Three-Five Systems, in the Liquid Crystal on Silicon (LCOS) micro-display R&D group.