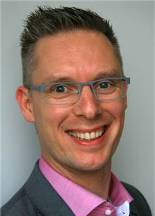 From 2014 Peter Vankan heads the R&D of Philips Digital Projection Lighting. In that role he is responsible for both UHP and the new HLD LED technology.

Over 20 years after its invention by Philips, UHP lamps are key to the success and progress of projectors. Innovation of UHP systems is continuing, with emphasis in the fields of efficiency, lifetime and features. Philips expects that UHP lamps will continue to be an important technology for years to follow.  Philips continuation of innovation efforts to meet market demand therefor goes without saying.
Next to UHP more and more projectors are observed with Solid State based light sources. Technologies include Full LED, Laser-Led hybrid and Laser-phosphor. Despite the variety of technologies, penetration in front projection (>1000 ALm) is limited to <5% volume share and has been stable for several years. Clearly the market is struggling to find the right SSL technology for the mainstream segments. On the one hand LED based projectors are not able to reach sufficient brightness levels and on the other hand Laser-hybrid and Laser-phosphor have been struggling to find a good price-performance ratio.
In this paper Philips will introduce a new LED based technology called High Lumen Density (HLD). This patented technology uses a light guide to concentrate LED light into a very small area, boosting the light source brightness by several factors. This will enable Philips HLD LED technology to break through the 2000 ALm barrier with best in class colors. The resulting picture quality is outstanding and will enable Philips HLD LED technology based projectors to also compete with non-projection display technology in any normal lit environment. In this paper Philips will introduce the HLD LED technology.