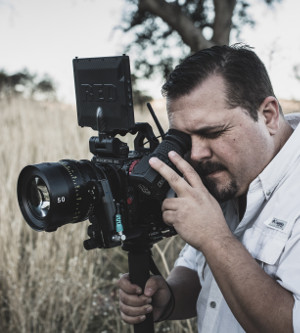 Nanosys Quantum Dot technology is typically used to produce high quality, vibrant images on QLED televisions.  For the abstract short film Quantum Flows we used the nano-particles in a rather different way and mixed them in various states of fluidity to produce a piece focused on vivid and pure HDR color as well as subtle detail that can be experienced in high resolution 8K.  Director/DP Phil Holland was creatively inspired by primary nature of the colors and sought inspiration from artists like Jackson Pollock and filmmakers like Stanley Kubrick.  With the help of motion control robots, controlled UV lighting, and capturing in 8K resolution this short film came to life and provides a unique visual experience.

Phil Holland began his career in 1999 working on features and commercial productions.  Over the years he’s been fortunate to be involved with multiple aspects of Pre-Production, Production, and VFX Post Production serving roles as Digital Colorist, Digital Imaging Specialist, VFX Supervisor and shifting his focus to Director of Photography, and Director in 2010.  His work can be seen in films such as X-Men: First Class, Cabin in the Woods, Angels and Demons, and many more.  In the last few years companies like Apple, LG, Samsung, Sharp, and Google have tapped Phil’s interests and expertise in high resolution 8K large format filmmaking for visually unique productions.