Challenges in Measuring Large-Format Screens for Brightness and Color Calibration 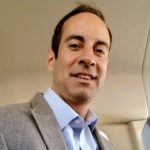 Abstract: A significant challenge in the manufacture and development of large display screens—like those used in cinema, outdoor displays, event centers, retail, and other large-format applications—is to achieve uniform luminance and color at a size and scale where variation is most noticeable to a human observer. The human eye is very sensitive to variations in color and brightness, especially when observing fluctuations within a single color across a large spatial area. This is a challenge for light-emitting screens (like LED or microLED walls), which are commonly assembled into extremely large sizes using modular “panels” that are connected together. The perceived quality of images projected by these screens relies on equivalent brightness and color output between individual emitters within each panel, which must also be matched from panel to panel. Because of the inherent variability in emitter performance and the large number of pixels in large screens, noticeable variations are almost impossible to avoid, even with very careful and expensive materials-sourcing and binning.

For instance, even when sourced from very tight bins, individual LED emitters can vary in color output. When mixing blue, red, and green LEDs to produce white, variations between uncalibrated LEDs can result in obvious areas of non-uniformity for white images projected across a broad area. This is even more apparent when a white image spans multiple LED panels—even though each panel may appear uniform, it may lack uniformity with neighboring panels. Display screens based on technologies like OLED and microLED have even smaller emitters that apply color mixing at the subpixel level, which means manufacturers are challenged to regulate an overwhelming number of brightness and color values in a single display. (For example, a 4K microLED television has over 25 million subpixels that must be assembled and calibrated. If such a screen represented each panel in a microLED wall, trillions of pixels may need to be measured and calibrated to exact values to ensure uniformity).

Although highly variable, individual emitters offer the flexibility to be individually controlled to normalize output across a display—even those made up of several panels. Brightness can be reliably regulated by adjusting the power supplied to emitters in a display and perceived color can be adjusted by color-mixing. The process of correcting each emitter’s output (called calibration) is relatively straightforward—calculate discrepancies between emitters and apply necessary corrections. However, measuring the emissive elements of these high-resolution and large-format screens in order to calculate each emitter’s luminance and color value requires scientific light imaging equipment that offers extreme accuracy. Using imaging photometry, values of light can be captured and analyzed in the context of a large spatial area to determine uniformity across the entire display. At high camera resolutions, CCD imaging photometers can analyze regions as small as an individual LED, pixel, or subpixel emitter. But gathering high-resolution data across a large spatial context can be a challenge for a single measurement system. In extremely large or pixel-dense displays, a patented method for Spaced Pixel Test Pattern measurement enables any display of any arbitrary resolution to be measured by a single high-resolution system. In this method, pixels are illuminated in different matrix patterns and patterns are measured iteratively until data for all pixels in a large display are captured. By comparing all luminance values across the display, the required correction factors can be calculated and applied at each pixel’s x,y coordinate. This process of display uniformity measurement and correction is pioneered by Radiant Vision Systems to optimize efficiency in display production and ensure consistently high-quality display products used for the largest, most visible screens.

The proposed presentation will introduce Radiant’s methods for fast and efficient large-format screen measurement and correction, and will outline calibration processes that ensure uniformity in LED, OLED, and other emissive displays.

Bio:  Supporting customers throughout Washington, Oregon, and California, Mike travels regularly to provide technical demonstrations, facilitate product integration, and specify solutions that precisely meet customer projects. With a history of over ten years in the machine vision industry, Mike has helped to solve inspection challenges across a diverse customer base, including Aerospace, Medical, Food, Consumer Electronics, and Packaging. Mike continues to address test and measurement for emerging technologies and new integrations of electronic displays, and has recently supported applications in photometric measurement of OLED, AR/VR devices, wearables, smart technology, and more.