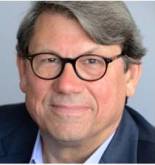 Bill co-founded and represents Barco in the Laser Illuminated Projection Association (LIPA) where he has served as past chairman. He frequently writes and presents on the subjects of lasers, laser projection and fiberoptics.

Before joining Barco, Bill founded BTM Consulting, LLC, providing expertise in the laser projection space.  Before that, he was founding CEO of Laser Light Engines, a pioneer in the early development of RGB laser illumination for performance projection.

Bill earned a BA from Dartmouth College and an MBA from Rensselaer Polytechnic Institute. He is a member of SMPTE, LIPA, ISDCF, EDCF, OSA and NEFC.