Microdisplays built on silicon I.C.’s such as LCOS, DLP, and OLED-microdisplays are being used to support high angular resolution (≥ 1.5 arcminutes/pixel) but can’t easily support wide FOV (greater than 90 degrees).  Thin film transistor displays developed for cell phones using LCDs and OLEDs cost much less per pixel and support a wide FOV, but are optically and resolution challenged to support high angular resolution and result in very large and ungainly headsets.  The different technologies also have different light characteristics such as spectral line width, brightness/collimation, polarization, sequential-/spatial-color that make them advantaged or disadvantages in different applications.

LCOS and DLP with collimated LED illumination support much higher brightness and small size which is particularly important to AR/see-though applications, but have issues with field sequential color breakup, contrast, and illumination optics. LCDs provide the least expensive pixels but have large pixels and moderately good contrast. OLEDs (both micro and larger panels) provide exceptionally high contrast, but output highly diffuse light (and thus comparatively low nits) and have wide spectrum primaries that don’t work well with diffractive optics. A relatively new entry is micro-inorganic-LEDs (iLEDs) that solve many of the optical limitations of OLEDs, but it has yet to be demonstrated that they be made small and cheap enough to support high volume applications.

There simply is no single head mounted technology today that can support both a wide (greater than 90 degree) FOV and high angular resolution (less than 2 arcminutes per pixel). Some are considering more radical approaches such as Foveated Displays optically combining a microdisplay with a larger OLED display, while most will be counting on continued improvement of existing technologies. 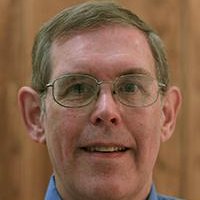 Karl Guttag has 37 years of experience in Graphics and Image Processors, Digital Signal Processing (DSP), memory architecture, display devices (LCOS and DLP) and display systems including Heads Up Displays and Near Eye Display (augmented reality and virtual reality).   For the last 37 years was generally the lead technical person on the design and/or system product rising to TI Fellow at Texas Instruments and being the CTO at three startups.

His blog, www.kguttag.com, covers display devices and systems and has had over 10,000 monthly users.